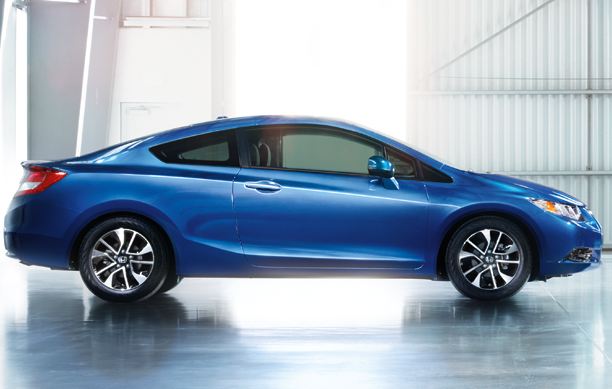 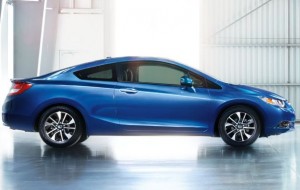 We know that when you visit a Detroit area Honda dealer, you have made a choice to look at some of the world’s finest vehicles, produced by one of the most-renowned automakers around.

That said, we’d be lying if we said that there wasn’t any competition for a vehicle as popular as the 2013 Honda Civic Coupe (EX trim level pictured). Quite a few automakers have tried to compete with the Civic over the years, and it looks like Mazda is attempting to do so with their 2013 Mazda3.

Let’s take a closer look at these vehicles and just what sets them apart.

Did you know that the 2013 Civic Coupe LX earned 5-star ratings for safety from the NHTSA? That’s top marks in front side, rear side, overall side, overall side barrier, and side pole crash tests. The Mazda, on the other hand, scored as little as 2 stars (in rear side crash tests) and didn’t manage 5 stars in any of the categories that the Civic did.

Find Better Equipment in a Honda

For the 2013 model year, Honda revamped their standard equipment, and right now, competition like Mazda are still struggling to keep up. Here are just some of the features that come standard on the 2013 Civic:

Mazda does offer some of these features, but you’ll have to upgrade for something like Bluetooth or an infotainment system.

Test Drive the Civic at a Detroit Area Honda Dealer

Detroit area Honda dealers have the latest Civic in stock now, and whether you’re shooting for a coupe, sedan, or something like the sporty Civic Si, you can test drive the Civic you’re looking for.

Visit one of our dealerships today and take a spin behind the wheel of a Civic; we think you’ll understand why it’s such an enduring vehicle—and why it doesn’t really have much competition.