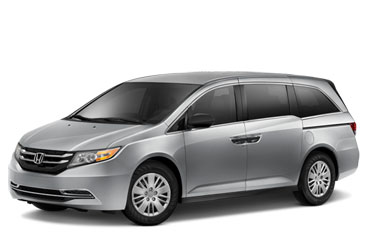 Gas mileage is an important consideration for every driver these days. As the price of gas continues to rise, gas stations become ever more hectic, and the responsibility of each and every one of us to help the environment becomes more apparent, the amount of fuel your vehicle uses is information you need to know. And when you are upgrading to a new vehicle, why not go with the one that uses gasoline the most efficiently?

The Honda Odyssey and Toyota Sienna are similar minivans, but only on the surface. As you dig into the technical specifications, it becomes obvious which vehicle has been designed with the needs of today’s drivers in mind. For fuel conscious auto shoppers, the numbers on the 2014 Toyota Sienna mpg fall short of the ones for the 2014 Odyssey.

When both vehicles were tested by an independent organization, the Odyssey was able to travel farther than the Sienna on both city streets and highways. In a Sienna, drivers only get 18 mpg in the city, while the Odyssey LX with 6-speed automatic transmission can get an EPA-estimated 19 mpg in the city.*

On the highway, someone in the Toyota minivan can expect to get as much as 25 mpg, but driver’s of the Odyssey can get an EPA-estimated 28 mpg on the highway.* Those differences are significant, especially over the length of a long car drive and over the course of the entire time you have the vehicle.

The Honda Odyssey can also hold more fuel than the Toyota Sienna. So when you are on the road and eager to get to your destination, you don’t need to stop as often when you are behind the wheel of an Odyssey. There are other areas where the Odyssey pulls ahead of the Sienna, but with larger vehicles, mpg has to be a major consideration.

If you are in the market for a comfortable and stylish family vehicle that has been engineered to use fuel as efficiently and responsibly as possible, go with the Honda Odyssey over the Toyota Sienna.

Find your closest Detroit Area Honda Dealership, and stop in to learn more about the Honda Odyssey.

*19 city/28 highway/22 combined mpg rating. Based on 2014 EPA mileage ratings. Use for comparison purposes only. Your mileage will vary depending on how you drive and maintain your vehicle.