How Does the 2015 Toyota Highlander Limited Compare to the Pilot? 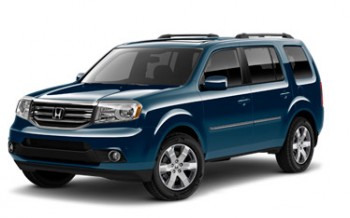 The 2015 Toyota Highlander Limited is a popular SUV choice among some Detroit Metro families, but if you’ve got your eye on it, you should take a look at the 2015 Honda Pilot Touring. Whether at the basic trim level or the top of the line, Honda has been redefining the features drivers expect on their vehicles, and that includes the Pilot Touring.

We think that the best way to see a vehicle like the 2015 Honda Pilot Touring is from behind the wheel, but if you want to get an idea of how the Highlander Limited and Pilot Touring compare, we have a quick rundown of some key differences.

If you’ve never driven anything but a Honda Pilot, you might be surprised at just how frustrating the vehicle’s supposed competition can be. While both vehicles are popular SUVs, the Pilot gives you the versatility you want by featuring a 60/40 split-folding bench seat for the second row so that you can open up the cargo area to as much as 87.0 cubic feet. With the Highlander, you either fold down all or none of the second row.

That’s just the tip of the iceberg when it comes to the Pilot’s advantages, though. The 2015 Honda Pilot 4WD Touring features a limited-slip differential as well as a manually locking rear differential that lets you engage the four-wheel drive at speeds of up to 18 mph to crawl your SUV out of nearly any terrain. While the Highlander Limited does have an all-wheel drive option, it doesn’t offer the same kind of versatility as Honda’s four-wheel drive.

The 2015 Honda Pilot Touring is pretty impressive on paper, particularly when you compare it to the 2015 Toyota Highlander Limited, but the Pilot is even better in person. Visit a Detroit Area Honda Dealer location to get behind the wheel of the new Pilot today.