The Civic has built a reputation for its value and affordability. Kicking off the 10th generation of this famous car, the 2016 Honda Civic LX Sedan is equipped with a new engine, a 6-speed manual transmission (with CVT available), and has a starting MSRP of $18,640.*

Learn More About The Honda Civic 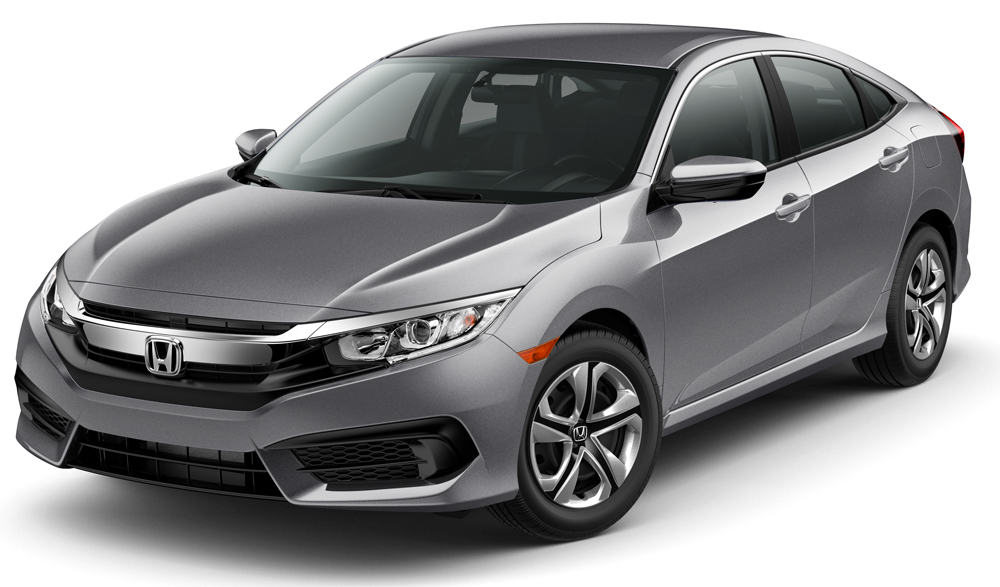 While that price makes it possible for the Civic to slide into most budgets as easily as it can most garages, it’s also one of the best-equipped vehicles of its kind with features like: 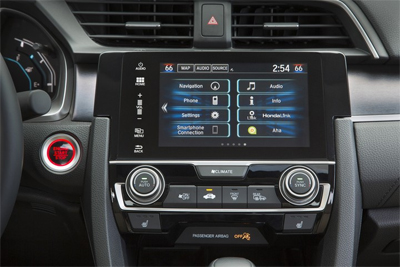 Bluetooth HandsFreeLink: Make and receive phone calls and stream audio directly from a Bluetooth-compatible device without ever removing your hands from the wheel or your phone from your pocket or purse. 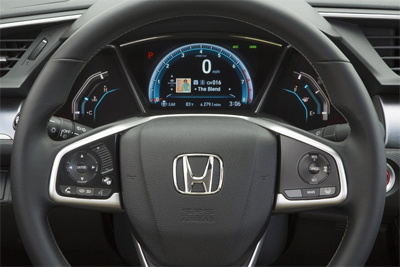 Steering Wheel–Mounted Controls: Adjust the volume to your driving soundtrack, manage cruise control, or start and finish hands-free phone calls with just the push of a button on the steering wheel of the Civic. 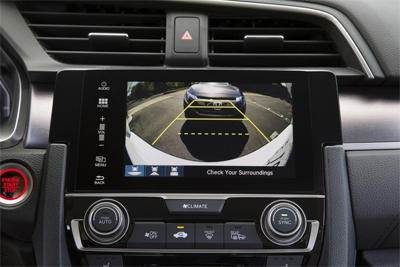 Multi-angle Rearview Camera: Shift into reverse and cycle through one of three different views of what’s behind your car before backing up for more confidence while in reverse.

With five trims, the Civic is one of the most versatile small cars available. If you’re excited for the new turbocharged engine, you’re not alone, and its fuel economy numbers will help make the Civic even more affordable. New 2016 Civic EX-T models feature the 1.5L turbocharged 4-cylinder engine and are rated at an EPA-estimated 42 highway and 31 city mpg.**

To give you an idea of how legendary the Civic’s affordability is, the 2015 model took a place on the Kelley Blue Book Top 10 Most Affordable Cars of 2015, and KBB.com awarded it the first Small Car Best Buy title.

As a subcompact hatchback, the Fit is already a car many drivers think of when they consider the affordable car options near Detroit. Indeed, it is working toward a reputation like the Civic—versatile, efficient, and affordable. The 2016 Honda Fit is also one of the most well-equipped and affordable hatchbacks, with the base LX model priced starting MSRP at $15,790*.

Learn More About The Honda Fit 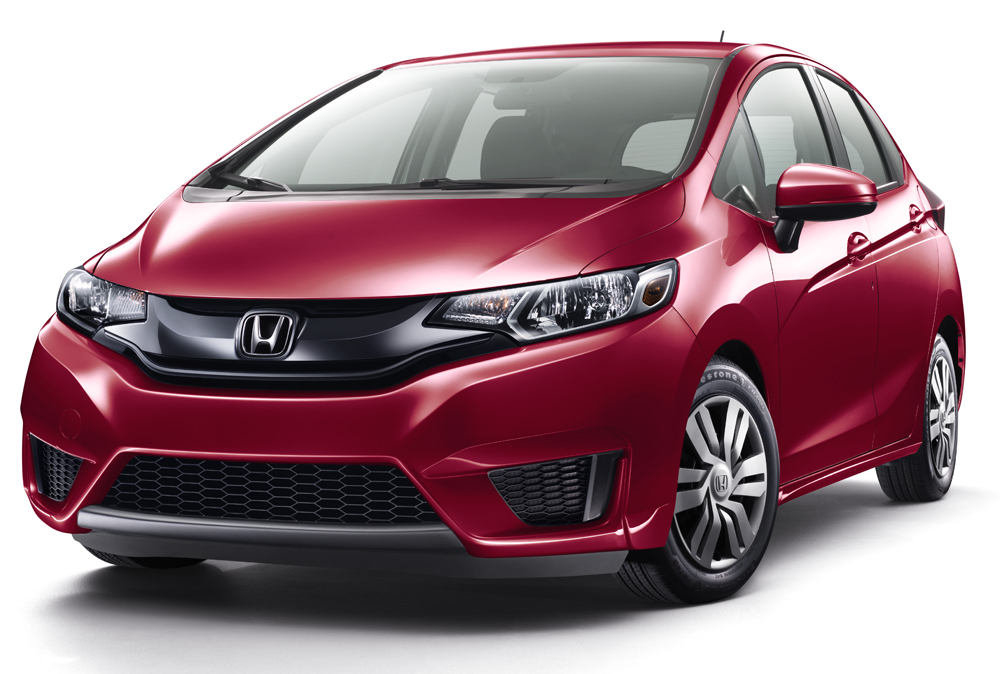 Many drivers might see the low price and subcompact design and think Honda is skimping on features, but that couldn’t be further from the truth with standard amenities like these: 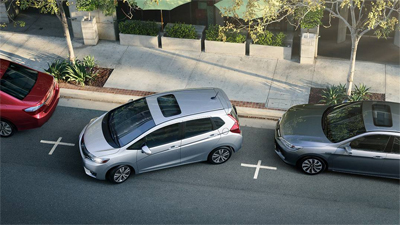 Multi-angle Rearview Camera: Have a clear look at what’s behind the Fit with the same multi-angle camera as the Civic, with top-down, wide-angle, and standard views when backing up. 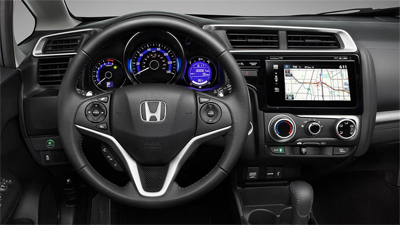 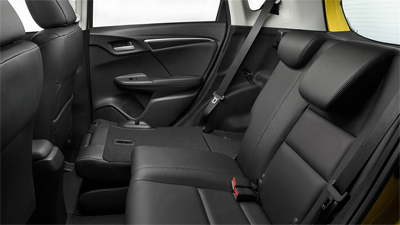 Magic Seat: As if the hatchback design weren’t enough, the Fit has Honda’s famous Magic Seat in the back. Fold it down and quickly expand the rear cargo area. Fold the seat up and accommodate tall items by setting them on the floor of the Fit.

Like the Civic, the Fit remains one of the most fuel-efficient subcompact options near Detroit. 2016 Honda Fit LX models featuring a CVT have earned an EPA-estimated 41 highway mpg and 33 city mpg.**

The 2016 Honda Accord is like the bigger sibling of the Civic. A midsize Honda, the new 2016 Accord LX Sedan is competitively priced with an MSRP starting at $22,105* and offers true versatility with six different trim levels. Like the rest of the Honda lineup, its features give it a level of value that’s tough to beat while also having room for up to five passengers (and plenty of space in the backseat for the kids to get comfortable).

Learn More About The Honda Accord 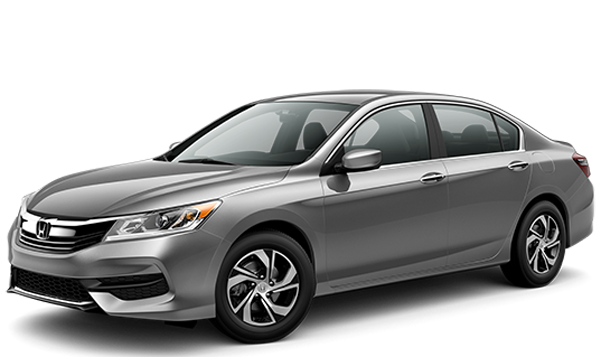 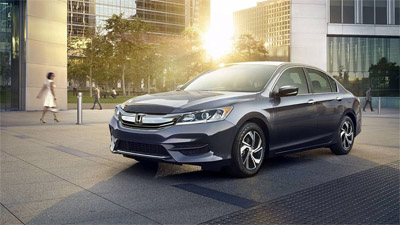 16-inch Alloy Wheels: Lightweight and durable, alloy wheels make an impression the instant your Accord rolls up next to another vehicle or comes to a stop. 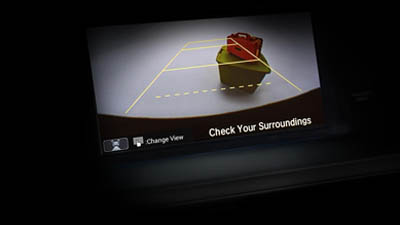 Multi-angle Rearview Camera: The rearview camera of the Accord switches on whenever you move into reverse, and you can cycle through three different angles, just like on the Fit and the Civic. Enjoy peace of mind when backing up and parking. 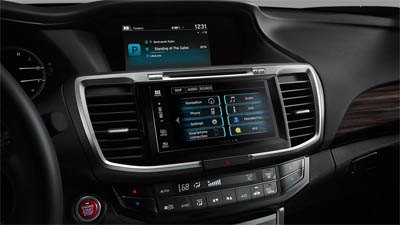 Bluetooth HandsFreeLink: Pair a smartphone to your Accord and stream audio wirelessly or make hands-free phone calls. Bluetooth means no tangled cords and never having to take your phone out behind the wheel. 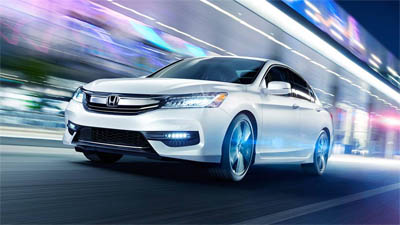 Daytime Running Lights: The Accord enjoys greater visibility on the road thanks to the standard daytime running lights, one of its long list of practical safety features.

There are two different engines and six different trim levels on the Accord Sedan, and we think that means there’s one for nearly any Detroit area driver. You’ll enjoy long-term savings thanks to Honda’s fuel-efficient 4-cylinder engine, too: 2016 Accord LX CVT Sedans are rated at an EPA-estimated 37 highway and 27 city mpg.**

We think the best way to find affordable cars near Detroit is to visit a Detroit Area Honda Dealer and take a test drive. While our whole lineup has some of the most competitive pricing in the auto world, these three cars are a great place to start.

*MSRP excluding tax, license, registration, $835.00 destination charge, and options. Dealer prices may vary.
**Based on 2016 EPA mileage ratings. Use for comparison purposes only. Your mileage will vary depending on how you drive and maintain your vehicle, driving conditions, and other factors.