Affordability is key when shopping for a new SUV, but that doesn’t mean you have to compromise on high-tech amenities, and Honda proves that to be true. For Detroit drivers in the market for affordable SUVs, then, perhaps it’s time to check out the Honda lineup, particularly the 2016 Honda HR-V and the 2016 Honda CR-V. In fact, U.S. News & World Report named the 2016 Honda HR-V among the most affordable subcompact SUVs on the road today, and the 2016 Honda CR-V earned top marks as one of the most affordable compact SUVs, as well. Take a moment to see what you can get at each price point on both models, and then make your way to your local Detroit Honda Dealer to see which of these two affordable Honda SUVs is the right fit for you.

Available in three distinct trims and various powertrain combinations, the 2016 Honda HR-V stands as an accessible and customizable SUV.

LX:As the 2016 Honda HR-V introductory trim, the LX is the base in terms of what every model comes with as standard. That being said, you can expect a multi-angle rearview camera on every version of the 2016 Honda HR-V, as well as a 5-inch color LCD screen, Bluetooth HandsFreeLink, remote entry, LED brake lights, and a 60/40-split second-row Magic Seat. Fuel economy ratings are strong, at an EPA-estimated 25 mpg city and 34 mpg highway with a 6-speed manual transmission,* 28 mpg city and 35 mpg highway with a continuously variable transmission and front-wheel drive,* and 27 mpg city and 32 mpg highway with the CVT and all-wheel drive.* 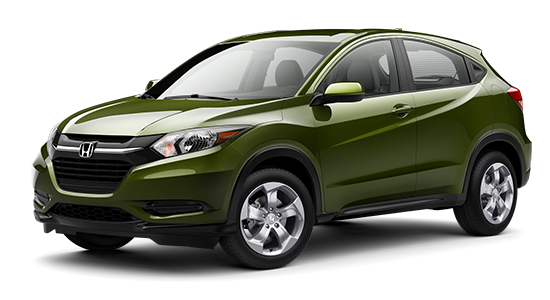 EX: The mid-level 2016 Honda HR-V EX comes standard with push-button start and smart entry for your convenience, a 7-inch touchscreen display, heated front seats, and a power moonroof. You can also enjoy Pandora compatibility and an array of exterior colors from which to choose. 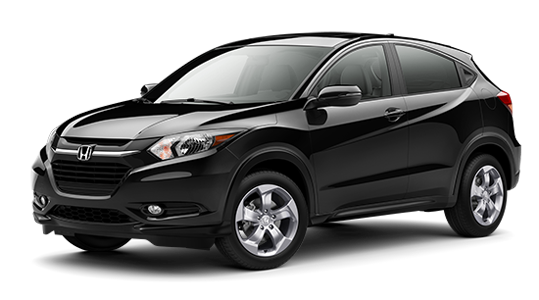 EX-L with Navi: The 2016 Honda HR-V EX-L with Navi comes with the features installed on the EX trim, plus the Honda satellite-linked navigation system with voice recognition, SiriusXM and HD radio, leather-trimmed interior, and roof rails. 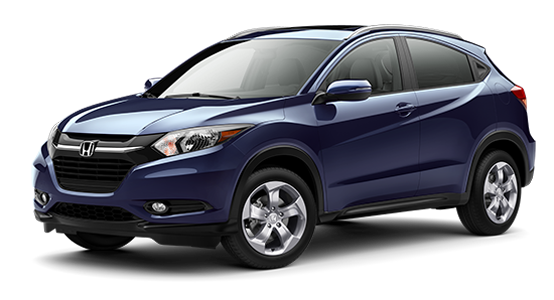 A leader in the compact SUV segment, the 2016 Honda CR-V proves both fun and affordable. And with five trims, you’re sure to get exactly what you want at a price you can afford.

LX: The 2016 Honda CR-V LX is powered by a 2.4L 4-cylinder engine that boasts 185 hp. This engine is paired to a continuously variable transmission to get an EPA-estimated 26 mpg city and 33 mpg highway with front-wheel drive* and 25 mpg city and 31 mpg highway with all-wheel drive.* Base features include a multi-angle rearview camera with guidelines, an easy fold-down 60/40-split rear seat, Bluetooth connectivity, an Eco Assist and ECON button for enhanced fuel economy, a USB audio interface, Pandora compatibility, and SMS text message functions. 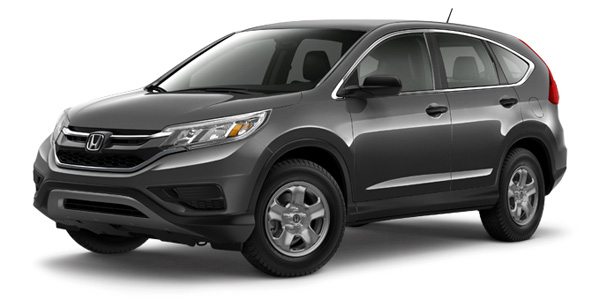 SE: The 2016 Honda CR-V SE adds 17-inch alloy wheels, a security system, and a rear privacy glass. Plus, you’ll have more exterior colors to choose from to better customize your compact SUV.

You’ll get a variety of additional features when you opt for the 2016 Honda CR-V EX, such as a one-touch power moonroof with a title feature, a 7-inch touchscreen display, heated front seats, and a driver’s seat with 10-way power adjustment and lumbar support. Also, you can enjoy smart entry, push-button start, fog lights, and variable intermittent windshield wipers. 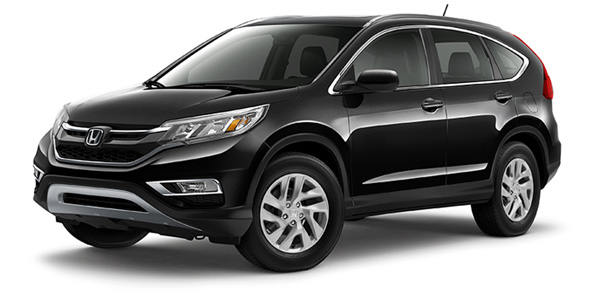 EX-L: The 2016 Honda CR-V EX-L comes with a number of luxury appointments, including dual-zone automatic climate control, leather-trimmed seats and wrapped steering wheel, SiriusXM radio, and an automatic dimming rearview mirror. Outside, you get roof rails and heated side mirrors. Plus, you can tack on the available Honda satellite-linked navigation system.

Touring: Opt for the topmost 2016 Honda CR-V Touring to get the likes of 18-inch alloy wheels, heated power side mirrors with integrated turn indicators, projector-beam halogen automatic headlights, and power tailgate. You’ll also get the navigation system as standard, along with a HomeLink remote system and the Honda Sensing suite of proactive safety features. 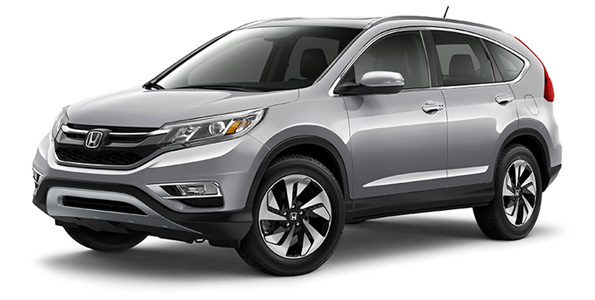 Now that you’ve done a bit of research, it’s time to get behind the wheel. Discover more about the features included on Honda’s most affordable SUVs, specifically the 2016 Honda HR-V and the 2016 Honda CR-V, when you visit your local Detroit Honda Dealer!

*Based on 2016 EPA mileage ratings. Use for comparison purposes only. Your mileage will vary depending on how you drive and maintain your vehicle, driving conditions, and other factors.
**MSRP excluding tax, license, registration, $900.00 destination charge, and options. Dealers set their own prices.