The 2015 Civic Sedan is here at Detroit Area Honda Dealers, but so is the 2015 Honda Civic Coupe. Which one’s the right one for you? What are their differences? We can’t answer the first one for you (we can give you a few tips though), but if you want to know what separates the Civic Coupe and Sedan, just keep reading. 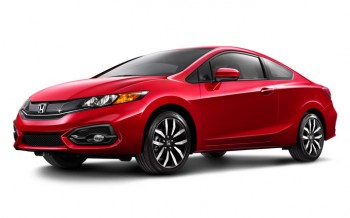 The biggest difference between these two Civics is, clearly, their body style. The Civic Coupe is a two-door model that’s got a bit more curve to its rear as it doesn’t have to accommodate an extra set of doors for a sportier look. The Civic Sedan is a four-door model that gives you easy access to the back seats for added versatility to make it a good choice for a family car, but if you want the style of a coupe, you can make that work as well.

If you heard that Honda released a new Special Edition trim for the 2015 Civic, that’s true, but it’s only available on the sedan build. The Civic Coupe still has the LX, EX, and EX-L trims, just like the sedan, and if you want the features of the Special Edition, you could always upgrade the coupe to the EX trim and end up with even more perks.

There are a few slight differences on the features between the trims on their comparable body styles, but the big reasons drivers have been choosing one or the other when they visit our dealerships has been either the practicality of a four-door sedan or the desire of the Special Edition trim.

We suggest that if you’re looking for a new family car, you should probably opt for the sedan; getting kids in and out of the back seat of a coupe is a different kind of difficult.

It’s okay for you to not know if you want the 2015 Honda Civic Coupe or Sedan; visit a Detroit Area Honda Dealer near you and let us put you behind the wheel of each one. After all, what’s a better way to determine which one is right for you than taking them both for a test drive?