Most of our Detroit area drivers know they want economical cars in their garages, but they don’t know where to start. And just what does it mean to say a car is “economical” anyway? We have a few ideas of how to define an economical car, and Honda has plenty of options that fit the bill.

With these factors in mind, we wanted to profile some of the most economical cars available in the Detroit Metro area.

The 2016 Honda Fit is the latest in a long line of affordable and fuel-efficient hatchbacks, and most recently it earned a spot on U.S. News & World Report’s Best Cars for the Money listing.* It’s such a good car for the money that it showed up twice on their list—once as a hatchback winner and once as a subcompact winner.

Learn More About the Honda Fit 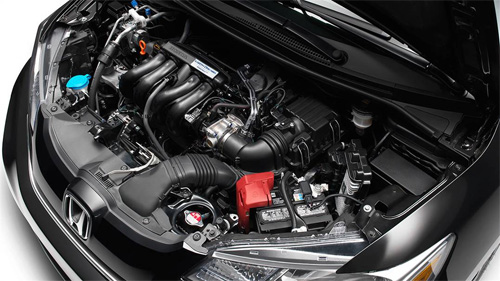 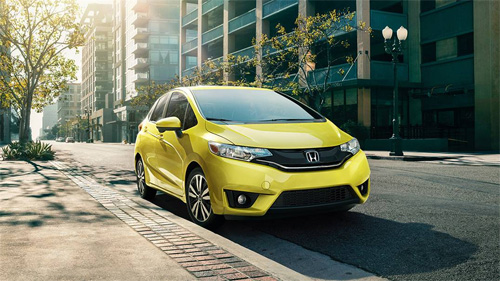 Each 2016 Honda Fit LX CVT pairs that power and pep with a particularly remarkable fuel economy, getting an EPA-estimated 41 highway mpg.**

The engine specs point to long-term affordability for Fit drivers, but that’s just the tip of the iceberg. Honda gives drivers a wide range of options across three trim levels, with the standard LX trim offering advanced tech and connectivity features that will still feel modern as your Fit ages.

See how the 2016 Chevy Spark horsepower and fuel economy compare to the Fit and discover how competing hatchbacks fare.

The 2016 Honda Civic starts the 10th generation of the vehicle, taking the features that have made it famous over the past few decades and amplifying them for the current auto market. That means more affordable pricing and improved fuel economies, making the Civic one of the most economical cars available.

Learn More About the Honda Civic 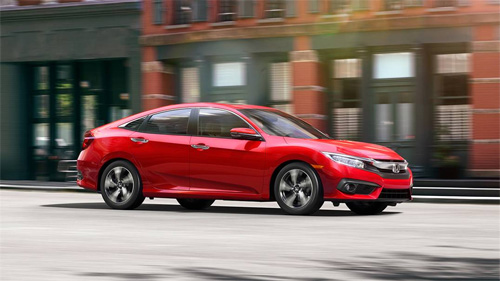 2016 Civic LX Sedan models equipped with a CVT have 2.0L 4-cylinder engines under the hood, rated at 158 hp and 138 lb-ft of torque. This standard Civic earns an EPA-estimated 41 highway mpg.** 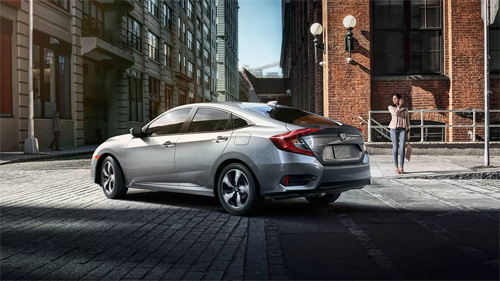 Stepping up to the new turbocharged 4-cylinder engine brings 174 hp and 162 lb-ft of torque, with 2016 Civic EX-T models rated at an EPA-estimated 42 highway mpg.*

The Civic stands tall as an economical car, and it has for years. The latest model even has five different trim levels to make it easier to find a Civic that fits your needs and budget—of course, even the well-appointed 2016 Civic LX has a leg up on many of its competitors.

When the 2015 Honda Accord Hybrid made its first appearance in Detroit, it showed drivers that the idea of the economical car was changing.

Learn More About the Honda Accord Hybrid

Honda recently announced the 2017 Honda Accord Hybrid was on its way, but in the meantime, you can get access to the specs that raised the bar for the hybrid sedan world:

When hybrid sedans first appeared on the market, these kinds of game-changing fuel economy numbers are what drivers dreamed of, and now they are here. When searching for the most economical cars in the Detroit Metro area, the Honda lineup—especially the Accord Hybrid—should be on your mind.

The numbers weren’t just impressive to our team at Detroit Area Honda Dealers, either; Kelley Blue Book named the 2015 Accord Hybrid to their 10 Best Green Cars of 2014 list.****

We’ve spent some time looking at the fuel economies of these efficient cars, but we also mentioned how important it is to have a good warranty to protect you from potential expensive and unexpected repairs down the road. Here’s what you can expect on each new Honda:

Drivers seeking a new car in the Detroit Metro area have quite a few choices available to them by just visiting a Detroit Area Honda Dealer. Stop by one of our locations today and see what each of these economical cars has to offer.