How Does the 2015 Hyundai Tucson Horsepower Compare? 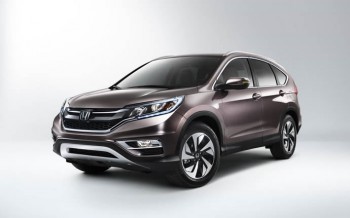 We know Metro Detroit drivers have a lot on their minds when shopping for a new crossover, and if the 2015 Hyundai Tucson horsepower is making it more appealing than your average crossover utility vehicle, we have news for you: the 2015 Honda CR-V does it better. Would you believe us if we told you that the CR-V also offers a superior fuel economy to the Tucson? Let’s look at those stats.

When you want a powertrain you can depend on, many drivers think they are forced to choose between fuel economy and power, and while that may be true for some automakers, Honda has been dragging the industry kicking and screaming into the modern era with four-cylinder engines that are not only powerful but remarkably efficient.

How efficient are we talking? Let’s take a look at how these two crossovers compare on fuel economy:

Now, you might expect Honda’s engine to be less powerful, perhaps to offer less torque, in order to explain its superior fuel economy, but the stats don’t lie. Honda simply built a better engine:

These are just a few of the CR-V’s advantages over the Tucson, and the Tucson isn’t the only crossover that the CR-V is besting. See how five other crossovers compare to the 2015 CR-V.

We can compare the CR-V to any and every other vehicle on the road—we think we proved our point regarding the 2015 Hyundai Tucson horsepower—but at the end of the day, you need to see this crossover firsthand. Visit a Detroit Area Honda Dealer today to see the CR-V firsthand. We think you’ll see there’s so much more to this crossover than its engine.