Each Pilot comes with a standard 3.5L V6 engine, tweaked and upgraded from the 2015 model:

With seating for as many as eight passengers, the Pilot has no trouble taking on the responsibilities of a family vehicle, especially with 152.9 cubic feet of passenger space on LX models. Everyone should have plenty of room, but if you don’t need to fill all of those seats, the Pilot’s 18.5 cubic foot cargo space can expand to as much as 109 cubic feet by folding down second- and third-row seating.
And when it comes to features, the Pilot stakes its claim as a top SUV by boasting some of the most advanced automotive technology available: 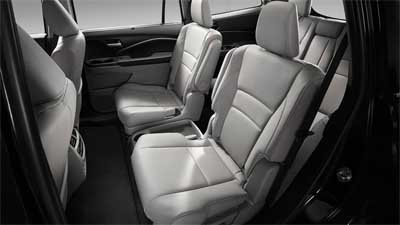 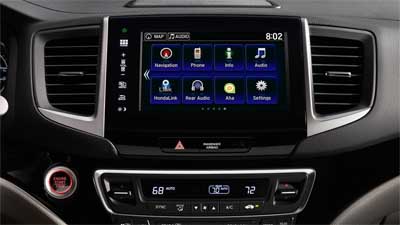 Every inch of the 2016 Honda Pilot is built for safety, but when drivers want a little extra peace of mind, there’s Honda Sensing. 2016 Pilot models equipped with Honda Sensing were awarded a coveted Top Safety Pick+ from the Insurance Institute for Highway Safety. This package of safety and driver assistance technologies is available on EX and higher trim levels and includes high-tech amenities like:

Lane keeping assist: If you begin to leave the center of your lane without signaling, this system can adjust your steering and keep you where you belong.

Road departure mitigation: If your Pilot detects that it is drifting too close to the side of the road while in the 45-90 mph range, and you have no turn signal active, the steering wheel will rapidly vibrate. If you still appear to be headed off-road, it can apply brakes and adjust torque to keep you on the road.

Forward collision warning: By using a small camera mounted at the top of the front windshield, the Pilot can detect how far away a vehicle is, predict whether you are at risk for a collision, and alert you. Paired with collision mitigation braking, the Pilot can even apply the brake if you fail to act.

The 2016 Honda Pilot earned its place as a top SUV at Detroit Area Honda Dealers with five different trim levels offering the variety drivers need at a range of affordable prices. All trims are available with Real Time All-Wheel Drive: 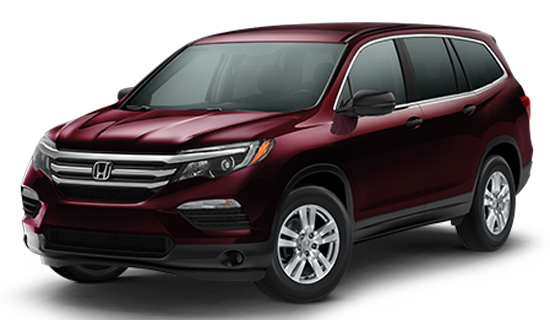 Pilot LX: This entry-level trim comes with standard features like Bluetooth for phone and audio, a 4.2-inch multi-information display, push-button ignition, a USB audio interface, and a multi-angle rearview camera. 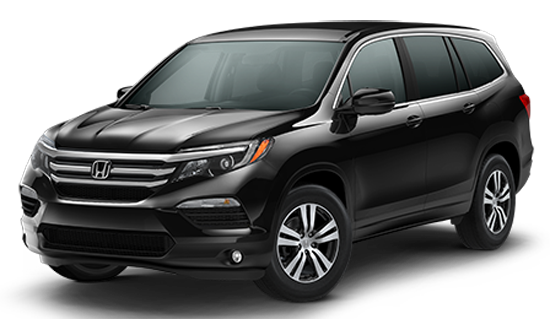 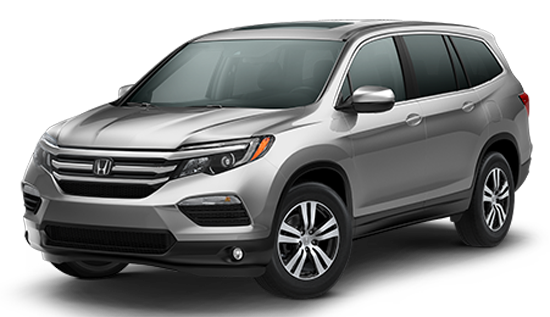 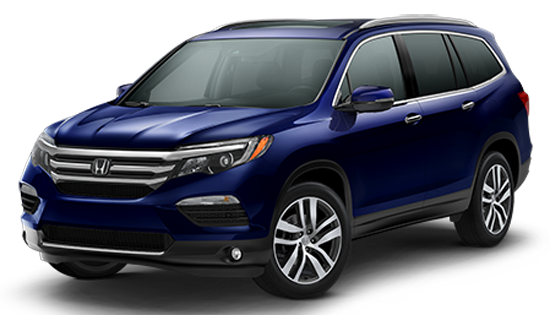 Pilot Touring: Honda Sensing safety features become standard, and the Touring adds to the EX-L with both the entertainment and navigation systems as well as a 540-watt premium 10-speaker stereo and driver-side memory settings. 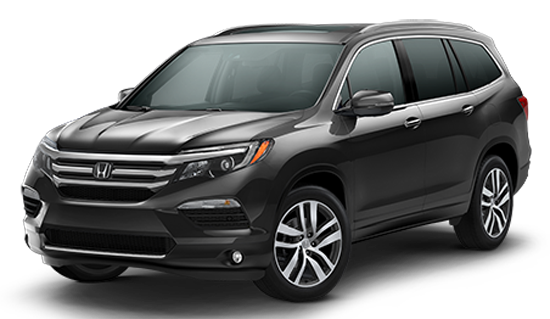 Find Your Next Honda Pilot

You know that we think the Pilot is the top SUV, but see what some of the best auto critics have to say in their 2016 Honda Pilot reviews:

We want you to see why we think the 2016 Honda Pilot is the top SUV, and the only real way for you to do that is with a test drive. Think about which of the five trim levels is right for you, and then visit a Detroit Area Honda Dealer to see one in person.

*Based on 2016 EPA mileage ratings. Use for comparison purposes only. Your mileage will vary depending on how you drive and maintain your vehicle, driving conditions and other factors.
**MSRP excluding tax, license, registration, $880.00 destination charge and options. Dealer prices may vary.