Discover a Lineup of Best Gas Mileage SUVs for Detroit

There are lots of options in the crowded SUV market—but which vehicles offer the features and performance drivers are looking for? For instance, fuel economy is a big deal for today’s consumer—both to help the environment and to save money at the gas pump. Which vehicles will let drivers enjoy the space and power of an SUV along with environmentally friendly fuel economy?

It should come as no surprise that some of the best gas mileage SUVs for Detroit drivers are the reliable, efficient, award-winning members of the Honda SUV lineup. Keep reading to learn about these exceptional, fuel-sipping vehicles—then stop in and visit the team at your nearest Detroit Area Honda Dealers location to take one for a test drive!

Though only in its second year as an automotive nameplate, the 2017 Honda HR-V is going strong in the marketplace. This stylish crossover provides the fuel efficiency drivers want, and impressive space and amenities further make this vehicle a great option for any consumer.

Drivers love the HR-V, and so do the experts. A reviewer for Kelley Blue Book’s KBB.com says of the HR-V: “If you’ve been looking for [a] compact car with good gas mileage, a low price, strong resale and reliability ratings plus the ability to tackle deep snow and carry all your toys, the 2017 Honda HR-V subcompact SUV should fit you like a glove.”

In addition to the Honda HR-V’s outstanding fuel economy achievement, this functional crossover delivers impressive roominess, providing up to 58.8 cubic feet of cargo volume when the rear seat is lowered and up to 100.1 cubic feet of passenger space. Plentiful standard features offered for the HR-V include a multi-angle rearview camera with guidelines, Bluetooth connectivity, a 60/40-split second-row Magic Seat, and lots more. 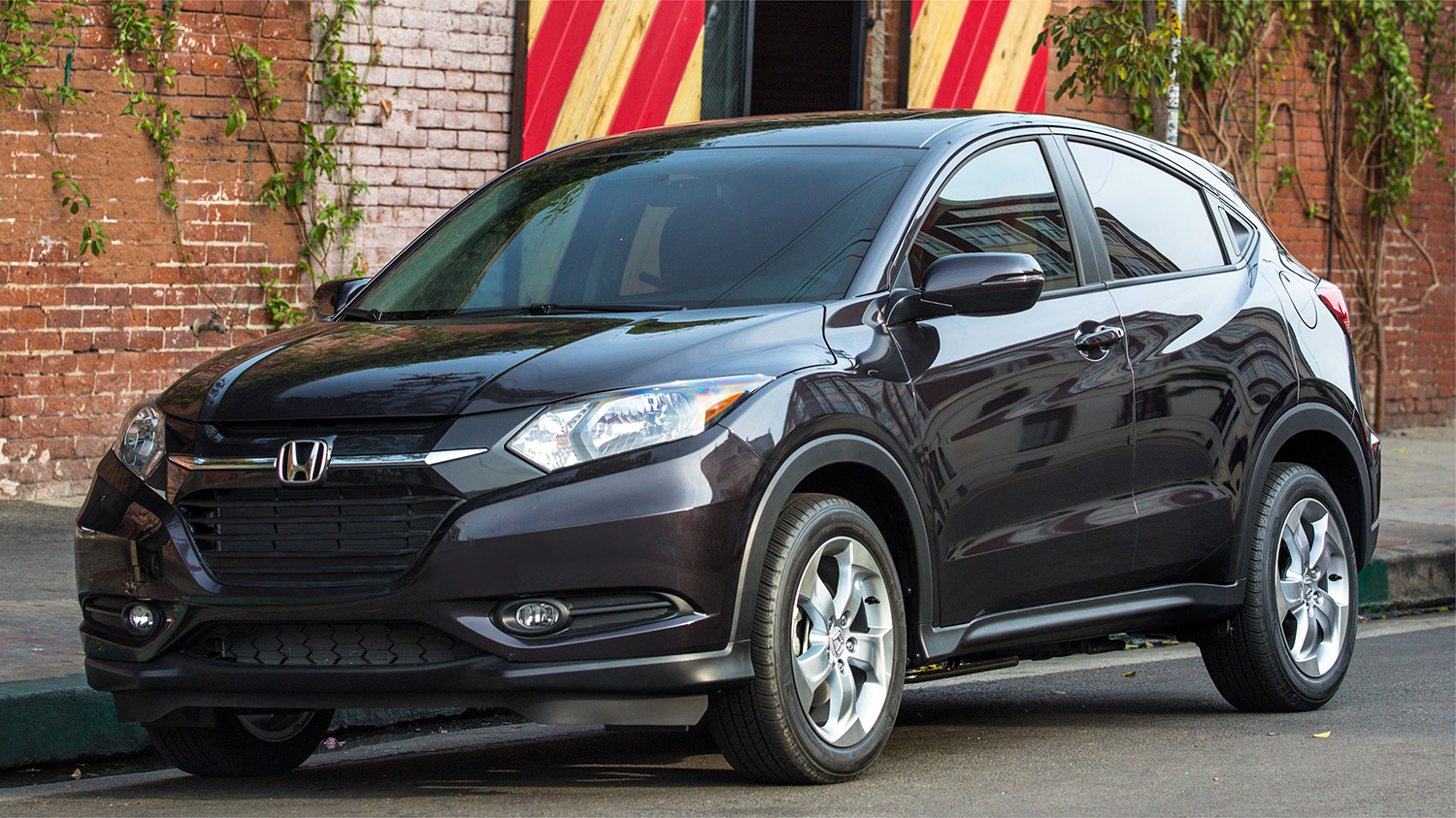 A reviewer for Car and Driver says of the 2017 Honda CR-V, “Versatility, competency, and reliability are the tenets on which the CR-V hangs its hat.”

Impressive fuel efficiency is one of the CR-V’s many assets—and it’s certainly one of the abundant reasons drivers everywhere are big fans of this exceptional SUV.

The CR-V furthers boasts 75.8 cubic feet of cargo space with the rear seat lowered and up to 105.9 cubic feet of passenger space for occupants to get comfortable in. The vehicle’s plentiful standard features include a multi-angle rearview camera with guidelines, an automatic climate control system, smart airbags, and much more.

About the exceptional 2017 Honda Pilot, a reviewer for Kelley Blue Book’s KBB.com had this to say: “With its eye-appealing style, luxurious interior appointments and impressive driving characteristics, the 2017 Honda Pilot is the 8-passenger, 3-row family SUV by which to judge all others.”

Offering three rows of seating to accommodate up to eight passengers, the Pilot is a prime choice for families and anyone who is looking for impressive cargo space. The large, roomy Pilot also manages to serve up pleasing fuel economy numbers to help drivers stretch their fuel dollars further.

In addition to its roomy accommodations for seven or eight passengers, the Honda Pilot provides up to 153.1 cubic feet of passenger volume and up to 109.0 cubic feet of cargo space with the rear seats down. Abundant standard features include push-button start, a multi-angle rearview camera with guidelines, Bluetooth connectivity, and much more. 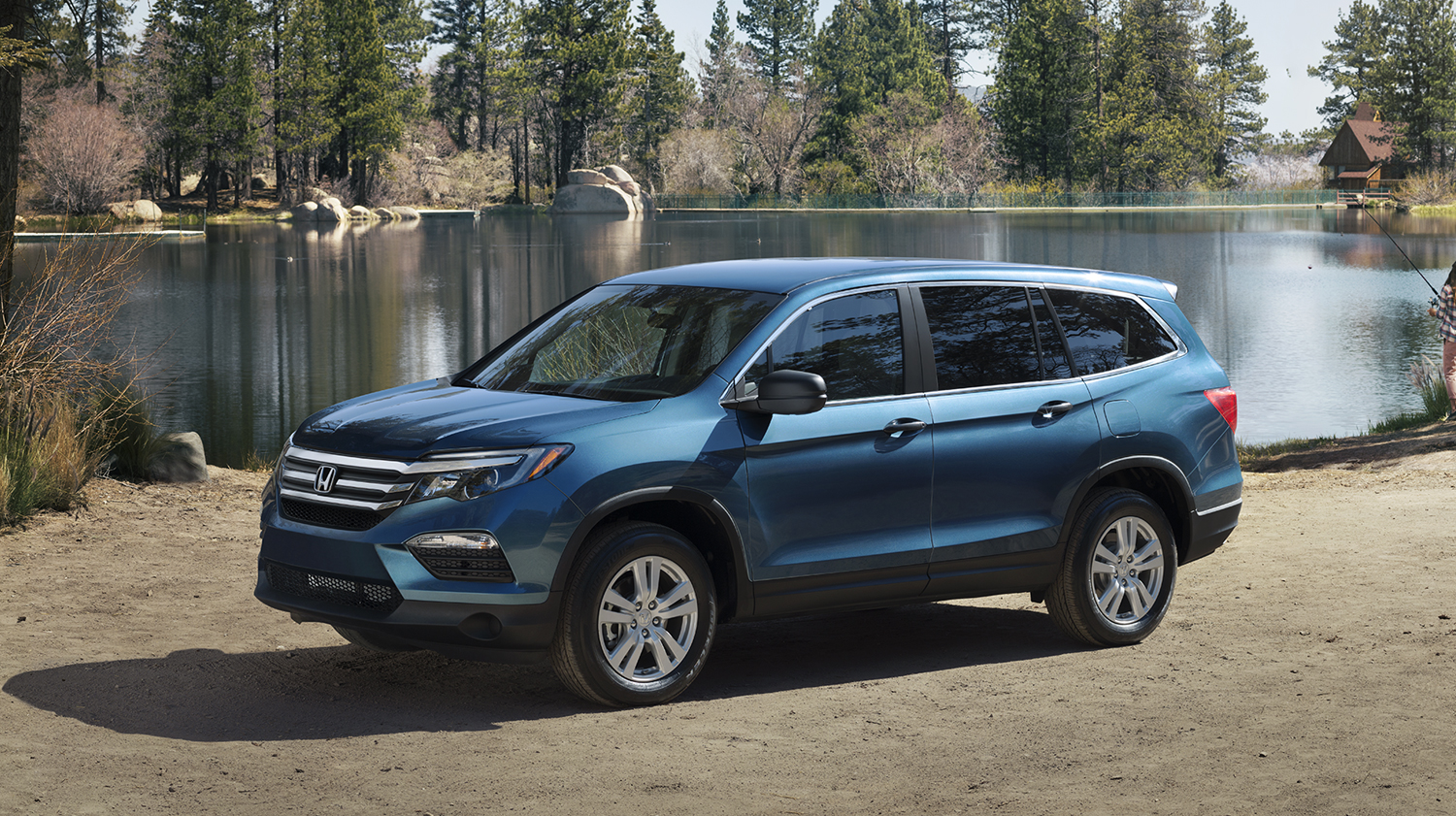 What Are You Waiting for?

If you’re impressed by the offerings of these outstanding Honda SUVs, we can’t blame you! To further explore the 2017 Honda HR-V, the 2017 Honda CR-V, and the 2017 Honda Pilot in person, head over to your nearest Detroit Area Honda Dealers location today. We’ll answer all of your questions, get you behind the wheel for a test drive, and then make you an amazing deal on one of these stylish, efficient SUVs!

*Based on 2017 EPA mileage ratings. Use for comparison purposes only. Your mileage will vary depending on how you drive and maintain your vehicle, driving conditions, and other factors.